Showing posts from August, 2010
Show all

How to recover a text from from rm

By Steve Morin August 19, 2010
This is a clever technique if some txt and relative size of the file is known

Here’s what the command does:

grep searches through a file and prints out all the lines that match some pattern. Here, the pattern is some string that is known to be in the deleted file. The more specific this string can be, the better. The file being searched by grep (/dev/sda1) is the partition of the hard drive the deleted file used to reside in. The “-a” flag tells grep to treat the hard drive partition, which is actually a binary file, as text. Since recovering the entire file would be nice instead of just the lines that are already known, context control is used. The flags “-B 25 -A 100” tell grep to print out 25 lines before a match and 100 lines after a match. Be conservative with estimates on these numbers to ensure the entire file is included (when in doubt, guess bigger numbers). Excess data is easy to trim out of resul…
Post a Comment
Read more 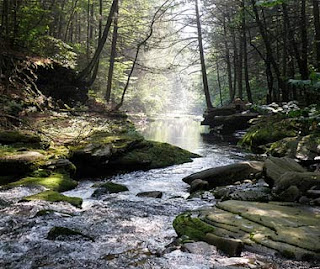 Peekamoose Blue Hole, Sundown, NYIf this place doesn’t remind you of old Mountain Dew ads, you’re probably part of the Twilight generation. You know the ones—groups of beautiful young people playing in the summer sun, jumping into water, popping open a can of the electric yellow soda, while a singer reminds us that “being cool is a state of mind.” In the middle of a Catskills forest, Rondout Creek pours through a rock gap to create a deep swimming hole worthy of such rowdy camaraderie. Think jackknifes and cannonballs. The I-live-for-summer rope swing dangles over the deepest end and practically begs to be used. To find the Peekamoose Blue Hole (and your inner Brad Pitt), follow New York Route 28A to West Shoken.